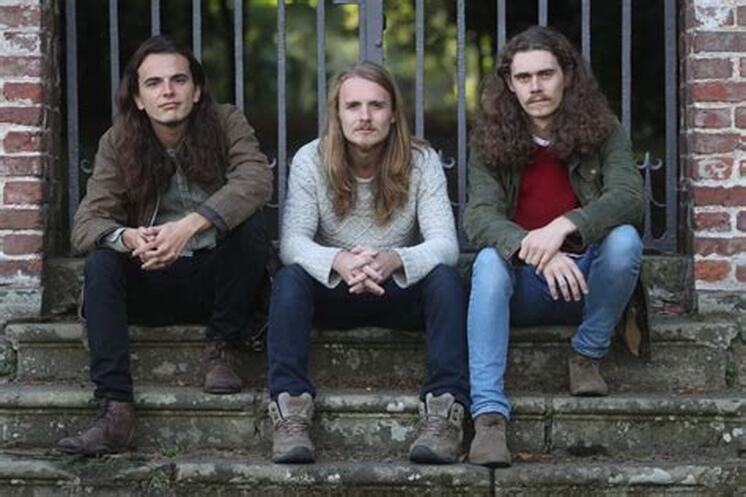 Winners of the BBC 2 folk award for best album of the year goes to Trials of Cato and Hide and Hair.

'We're extremely excited to be coming to play at the Holywell Music Rooms - we've heard a lot of great things about the venue and can't wait for the show! We'll be playing some new material as well so we're looking forward to showing people what we've been working on!'  Trials of Cato

Originally from North Wales and Yorkshire, The Trials of Cato formed whilst living in Beirut, and spent
a year boiling down the roots of their sound into a hybrid of traditional influences that intrigued
Lebanese audiences in the country’s biggest venues. Returning home from Beirut in the winter of
2016, they have since torn a shape very much their own into the canvas of the UK folk scene.
Back in the UK, they set to performing tirelessly up and down the country, leading to BBC Radio
2’s Mark Radcliffe hailing them as “one of the real discoveries on the folk circuit in recent times.”
Musical development in the run up to their debut album proper was swift and sure, with Hide and Hair
winning acclaim and receiving repeated national airplay on BBC Radio 2 and BBC 6 Music.
The Trials of Cato’s rapid ascent shows no signs of abating with the band recently nominated
for the Horizon Award and Best Album Award in the BBC Radio 2 Folk Awards. Praised for the diversity
of their material and influences, The Trials of Cato live show “invariably stuns audiences wherever they
play.” (FATEA) Whether plying their trade busking, performing in front of thousands at festivals across
Europe, or frequently selling out their own shows, The Trials of Cato have the wind behind them.

Tickets for Trials of Cato are £14 in advance on line and £17 on the door.

PREPARE for thunder and lightning...a force of nature is coming. One of Wales’ greatest folk bands Calan are launching their biggest ever national tour, criss-crossing Britain in their Calavan. That’s what they call their tour van.Calan are riding the crest of a wave. Already voted Best Band at the inaugural Wales Folk Awards and Best International Band at France’s gigantic Lorient Festival (often thought of as the World Cup of folk music !) they hit the road in April 2020 fresh from a barnstorming March tour of the USA.“We’re going to have a ball, and we’re going to make sure our audiences do too,” says Bethan Rhiannon, the band’s accordionist, vocalist and virtuoso clog dancer. “We get to spend a lot of time together in our Calavan and it gives us a chance to think of new ways to get our fans up on their feet and jumping.”It certainly works. At Lorient, security guards tried to halt the Calan show close to the town’s harbour when huge crowds surged to the music and there wasa danger that some of them would fall off the harbour and end up in the water with the boats! “We could see these people in uniform gesturing frantically,” says Calan’s guitarist Sam Humphreys, “but we thought they were just jumping around to the music...to be fair, everyone else was.“Thankfully no one fell in, though we could have done with a dip at the end. It was a hot, hot night.”The tour kicks off with a homeland gig in Caernarfon “perfect for getting those juices flowing,” adds fiddle and Welsh bagpipes player Patrick Rimes. Then the marathon begins.“We’ve done a number of big projects and they’ve been brilliant, but this is where we thrive -in a theatre full of people singing, clapping and tapping their feet. If they start dancing in the isleseven better. There’s nothing on earth to beat it.”Those ‘big projects’ have included performing at a packed Royal Albert Hall alongside Sting and opera legend SirBryn Terfel, and playing with the BBC National Orchestra of Wales in a specially commissioned suite of music arranged by Patrick Rimes which debut on March 1st. 2020. Later in the year, in collaboration with Ballet Cymru (the national ballet company of Wales) they will be composing the music for a new Ballet. 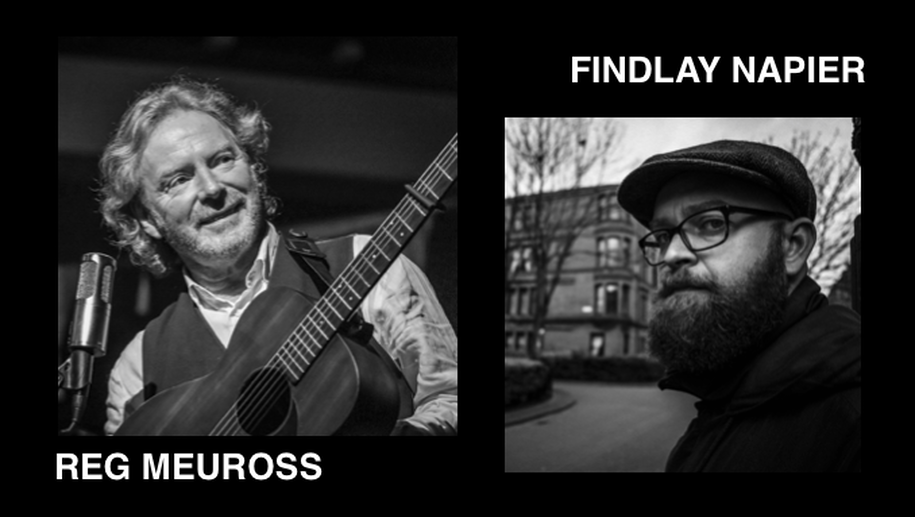 Experience a journey into the heart, soul and songs of two of the finest singer-songwriters around. Reg Meuross and Findlay Napier met for the first time at the Celtic Connections' late night festival sessions in January 2020. Three months on they come together again for this very special double-billed evening of storytelling in song, presented by Oxford Music & Folk at Oxford Folk Weekend, with solo sets followed by a joint song and story swapping session. Expect to be moved as well as thoroughly entertained.

The breadth and depth of Somerset singer-songwriter Reg Meuross's material is unparalleled in contemporary folk: songs about forgotten heroes, famous names, folk legends, the climate emergency, tales from the kitchen sink and news from the world stage; if something needs to be sung about then Reg Meuross has a song for it.

"...assured a place in the pantheon of great folk songwriters." David Kidman, The Living Tradition
"Classic, with echoes of early Dylan, Tom Paxton and Leonard Cohen" The Guardian
"The remarkable singer-songwriter that is Reg Meuross" Sean Rafferty, BBC Radio 3

Website  © HolywellMusic&Folk2017
By using this site you consent to the use of cookies. Cookies can be managed in your browser or device settings. X
>
Powered by

Create your own unique website with customizable templates.
Powered by